Advantages of the new ROV RB-600D 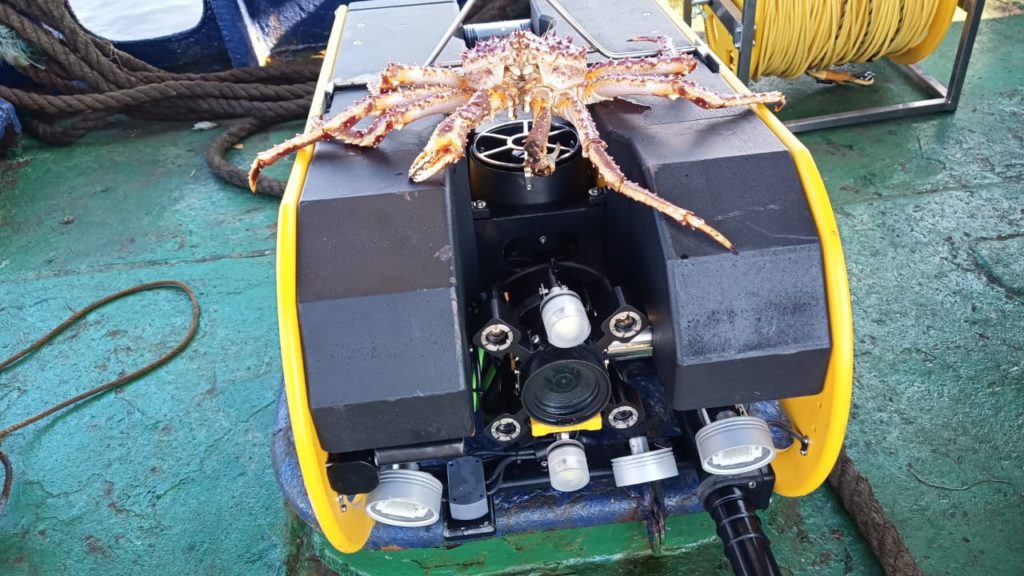 Once again, we visited another of our clients for the commissioning of a new ROV.
The new robot will be used instead of the old RB-600A, which we have been making for over 10 years.
We asked Alexander, the operator of the company, to tell us about the main differences between the new robot and the old one.
They received this new ROV RB-600D (means digital!) a couple of days ago and already actively working with it. Now they are doing the same job they did a year ago with the old one – they are inspecting the anchor chains on the seabed.
The main advantages of the new RB600D are – it keeps better on the current, dives faster, and holds the course perfectly.
For example, on an old robot to work in fast mode and move forward, it floated up and the operator had to keep it down a little. On the new robot, in any mode, it runs smoothly.
Also, there is a better camera compare with the old one, and the quality of its image is much higher. Added a rear-view camera. And the image from the second camera goes to the main screen. This allows the operator to better control the operation of the robot and helps with inspections.
The possibilities of new cameras have expanded, it can work both in color mode and in black and white mode.
Both Front and Rear Cameras have a wide range of settings to improve visibility in polluted water. The surface unit is equipped with a computer that stores all photos and videos taken during operation.
The new robot has new lighting, the light from the RGB lamps can be adjusted depending on the quality of the water and the lighting underwater. Thanks to this, the picture on the screen has improved significantly.
They also appreciated the possibility of the new version of the auto-head. It is very important during an inspection of underwater objects, pipes, or cables – you need to keep the robot’s course along the line of the object. This mode works very easily. The robot’s course is set by the operator – from the remote control. The operator fixes the course he needs, corrects it if necessary, and then simply moves the ROV forward. Deviation of the ROV from a course due to wind, current, or other disturbing forces will be detected by the gyrocompass and compensated by the thrusters.
The anchor chains the company inspects now lie on the seabed, and in some places, it is covered with silt. Auto head mode allows the client to move sure along the chain and not lose it.
Alexander was very pleased with the new ROV RB-600D and its capabilities.
The operator’s work has become more convenient, easier, and faster.

Our team participated in the competition in marine robotics with our new robot ROV RB-660D. It is a new digital 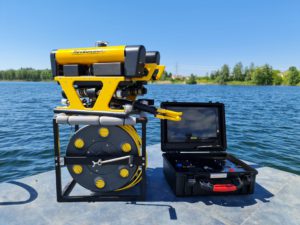 Service and upgrade of old ROV

Over the past 20 years, many of our ROVs have sold worldwide under the name Rovbuilder. Many satisfied customers buy

What is the shelf? Why our ROV RB-660D? It is a coastal, relatively shallow sea or oceanic zone with depths