Could this give you a Chinese drone?

Let’s figure it out.

Most of China’s low-cost underwater drones are made for hobbyists. The minimum of problems during use – you put it into the water from a yacht or boat, took pictures of the fish, everything works on batteries – great. For such use, we will recommend Chinese drones to you.

So, what’s the difference?

Chinese drones use rechargeable batteries. Underwater ROV “ROVBUILDER” is powered by 220V AC. For battery lovers, of course, a Chinese robot is more convenient. And for professionals?

Chinese manufacturers have already realized the limitations of battery life as well. And they have already begun to offer additional power supplies from the network for their advanced robot models.

But this is an additional option and costs extra money. And if you count everything, then the price becomes not interesting for this class of underwater vehicles.

“ROVBUILDER” in its models uses a cable of at least 8 mm thick, with a breaking force of 220 kg and more. Cable neutral buoyancy or close to it. Thick PU outer shell.

In the everyday operation of the robot, your cable is the weakest point – and it seems that the underwater robot is still fully functional, but the cable is already worn out. What happens to a thin 2mm thick Chinese cable? 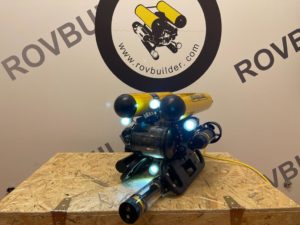 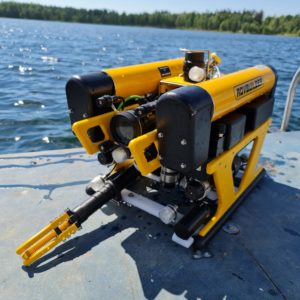 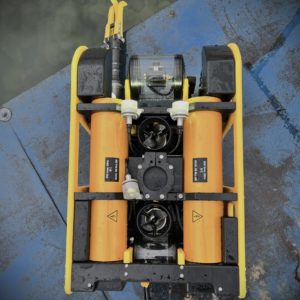